Important Update: The City has issued an RFP for a design-build public pool project. Interested firms, call 316-284-6020 for details. 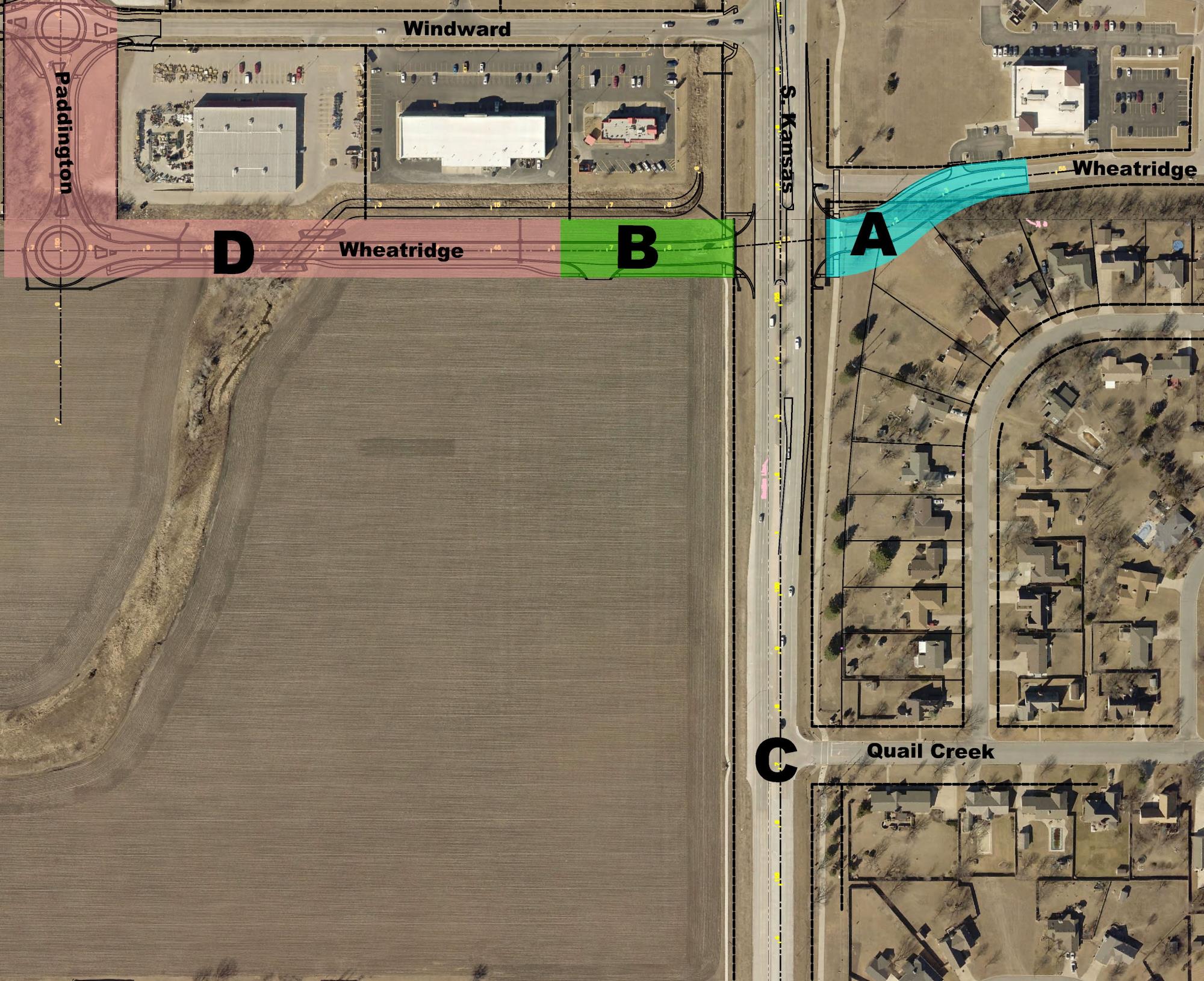 The City of Newton has been awarded about $2 million from the Kansas Department of Transportation for the extension of Wheatridge Drive and Paddington Avenue to serve new development along South Kansas Avenue.

Windward will become right-in/right-out only on the west side of South Kansas and the center median will be closed off. Quail Creek Drive will be extended to the west in another upcoming project.

Total construction cost is estimated at $2.77 million. The improvements will serve a planned commercial development by Occidental Management on about 80 acres south of Wheatridge. The development will be phased and will consist of general commercial along South Kansas, potentially followed by residential and professional offices to the west.

The road improvements will also improve traffic safety in the area, which has seen significant increases in traffic volume and accident history in recent years.

In 2012, the accident rate along South Kansas from 14th Street to Quail Creek Drive was higher than the national average for streets of this type. Since that report, traffic volumes have increased from 6,785 vehicles per day south of Quail Creek in 2012 to 8,555 vehicles per day in 2018, according to KDOT count data. And in the past two years, 120 residential multi-family units were built along the South Kansas corridor, and another phase of multi-family development is underway.

The project is expected to be bid this fall, with construction to begin early next year.