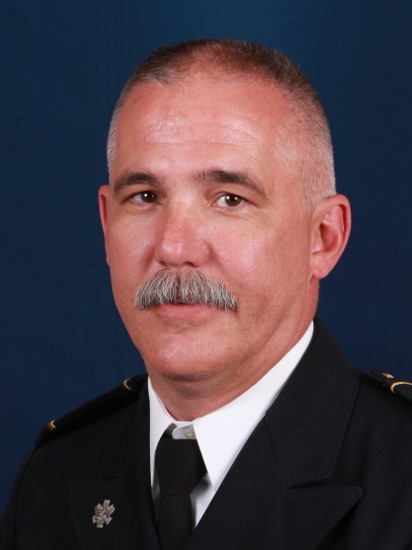 A 24-year veteran of the department will be Newton’s next fire/EMS chief.

“We have such great people in our organization, and to have the opportunity to serve as the fire/EMS chief and carry on our tradition of excellence is truly an honor,” Roberson said. “I am privileged to follow in the footsteps of our previous members. These mentors have had great influence on what Newton Fire/EMS is and who I am today.”

Most recently, he was accepted into the National Fire Academy Executive Fire Officer Program and is currently a second-year student in the four-year program.

Metzler described Roberson as uniquely qualified to lead the department’s members in their pursuit of excellence.

“Chief Roberson’s ability to exercise leadership in our department and in our community has had a tremendous impact on our ability to fulfill our mission,” Metzler said. “I’m proud of the work Steve has done, and I’m excited to think about how he’ll guide our members to even greater success.”

Roberson is married to Robyn and has two grown children.